What is a first trimester screening test 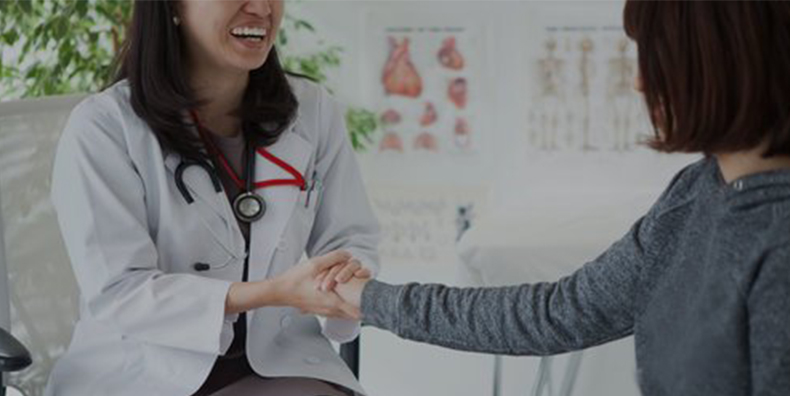 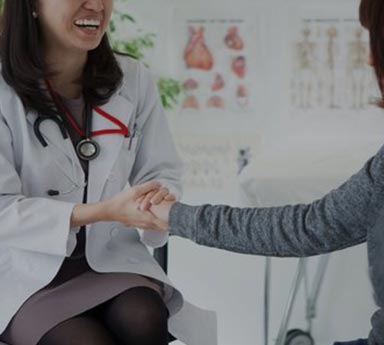 If you have not yet had any type of pregnancy ultrasound and you are around 12 weeks pregnant, your maternity care provider may suggest you have one. There are many reasons for having an ultrasound at this stage, but one of the most common is to screen for one of the congenital chromosomal abnormalities – Trisomy 21, otherwise known as Down Syndrome. This means that there is an extra chromosome – 21 contained in every cell of the body.

When a woman is around 12 weeks pregnant her risk of having a baby with Down Syndrome can be fairly accurately assessed. First trimester screening for Down Syndrome can be done with a blood test between 10 weeks and 13 weeks and 6 days. When a fetus has Down syndrome they tend to have more fluid at the base of their neck, in the region known as the nuchal fold area. This fluid can be measured in a test called nuchal translucency. This can be measured in an ultrasound done between 11 weeks and 13 weeks and 6 days. A fetus with Down Syndrome has a measurement which is thicker than in those who do not.

It is worth remembering though, that a larger than average nuchal fold measurement is not a guarantee that the baby will have chromosomal problems. Other tests for Down Syndrome need to be done if in doubt. In addition, blood tests such as a Chorion Villus Sampling test or an amniocentesis help to clarify any suspicions.

The 12 week ultrasound may be the first time parents have seen their little baby. So this is an exciting, if a little nerve-wracking time. It’s completely normal for parents to consider the possibility that their baby may not be developing as it needs to and perhaps build apprehension before the procedure. After all, this is one of the reasons why a 12 week ultrasound is recommended.

One of the benefits of having an ultrasound so early in pregnancy is that if complications are found, then parents may be given a choice of continuing with the pregnancy or not. Medical recommendations around this issue are very important. Ethical, religious and personal belief systems also need to be carefully balanced and weighed up.

Parents need to feel as if they are fully informed and comfortable with the explanations provided by the sonographer doing the 12 week ultrasound. Follow up care by the healthcare team are equally as important. It is common for ultrasounds to be repeated and reviewed if there are any concerns.

Maternity care providers will often suggest a pregnant mother has a blood test taken during her first trimester specifically to identify her risk for having a baby with particular chromosomal abnormalities. A mother’s age, including the results from the blood test, and the findings of the ultrasound all provide an individualized picture of her risk of having a baby with Down Syndrome. This screening test is not a definite diagnosis of chromosomal problems, but rather provides a risk assessment. If there are concerns, then further testing can be done.

How will they do the 12 week ultrasound?

The 12 week ultrasound is generally done via the mother’s abdomen. It’s not always necessary to have a full bladder, however the individual sonographer may recommend that you have a partially full bladder. This will help to lift your uterus up out of your pelvis so it is easier to see the fetus. Sometimes it is necessary to do a vaginal ultrasound. This will lead to even clearer images.

Reasons to have a 12 week ultrasound

What else is measured during a 12 week ultrasound?

Many parents are amazed by the amount of detail they can see at the 12 week ultrasound. They are also surprised by their fetus’s movements and agility. Of course, at 12 weeks gestation it is too early for a pregnant mother to be aware of her baby moving. And it can be a strange sensation when looking at the monitor and seeing movement but not being able to physically detect it.

Many parents feel an instant emotional connection with their baby when they see it for the first time. It’s not uncommon for partners to say that until the 12 week ultrasound, the whole pregnancy idea was a little foreign and somehow not real. But being able to see their baby rather than talking about it and having to use their imagination, can make all the difference.

When will I know if everything’s alright with my 12 week ultrasound?

The sonographer will be able talk their way through the procedure and turn the screen so that you can see what they are looking at during the ultrasound. There may also be a separate monitor for you and your partner to look at. If you want explanation, then just ask the sonographer to tell you what they are checking.

If they are unsure or want clarification they will often request a colleague come into the room and have a look at the ultrasound. Obviously, this can be a pretty unnerving process especially if you’ve not had any reason to believe that there are any complications.

How accurate is the first trimester screening test?

At the current time, the combined First Trimester Screening is thought to be the most accurate test for Down Syndrome. For those women whose results return a high risk of carrying an embryo with Down Syndrome the next stage is generally Chorionic Villus Sampling or an Amniocentesis.

Having a low risk result for the First Trimester Screening Test does not give a 100% guarantee that there will not be a chromosomal abnormality. What it does is categorize a pregnancy into an increased or decreased risk.

How long will my 12 week ultrasound take?

Generally, bookings of 30 minutes are made. This allows the sonographer enough time to do a thorough and comprehensive check and assessment. Try not to squeeze your appointment time between a lot of other tasks you need to achieve in the same day.

Put aside some time before and after your ultrasound so you can make it to the appointment in plenty of time, and have the chance to reflect on it afterwards. Ask your partner to be with you on the day, and aim to enjoy this as an event you can both share.

Some couples choose to bring their parents along as well, and view this as an opportunity to meet their grandchild for the first time. How you manage this is your choice, just be mindful that ultrasound rooms can be quite small, so accommodating more than a couple of people can present a practical challenge.

Are 12 week ultrasounds part of my routine pregnancy care?

Ultrasounds during pregnancy are routinely offered because they provide such an excellent means of diagnosing problems if they are present. They are also low risk, non –invasive and relatively low cost considering the amount of information they give. But you are entirely free to make your own choices regarding whether you want to have pregnancy ultrasounds or not.

Some parents feel very strongly that having an ultrasound is not right for them. Part of their reasoning is that if abnormalities are found, then they may be put into a position of having to make decisions based around these findings.

Some parents choose to wait until the screening ultrasound at 18-20 weeks and feel that at 12 weeks it is still too early to be able to see much of their baby’s development. If you are in any doubt, then speak with your maternity care provider about your own individual needs.

Everything You Need To Know About Postnatal Health & Depression

You may find that you need extra help and support after the birth of your baby. It helps if you know what to expect - and where to find the information you need.

Symptoms And Treatment for Postnatal Depression

Some common causes of unhappiness and depression in mothers:

Lower back pain in pregnancy

It’s no surprise that most women experience some degree of back pain during their pregnancy. But it doesn’t have to be just tolerated and passed off as “one of those things”.

7 Weeks Pregnant – What To Expect?

You are now officially just over half way through your first trimester. Even though you may be feeling less than fabulous and it doesn’t look like you are pregnant, be reassured that on the inside there is a lot going on.

Preparing a plan for your labor and delivery in advance allows you to think through your alternatives with a clear and rational mind.

10 Things You Need To Know About Home Pregnancy Tests

There's quite a range of home pregnancy tests available in the market which test for levels of the pregnancy hormone hCG in the urine.

One of the more unusual symptoms of pregnancy can be a strange metallic taste in the mouth. When this first appears it can be an almost vague, unpleasant taste which is difficult to describe.

18 Weeks Pregnant – What To Expect?

This week maybe one of the happy and important weeks of your journey to motherhood, especially for those of you who are going to be mothers for the first time.